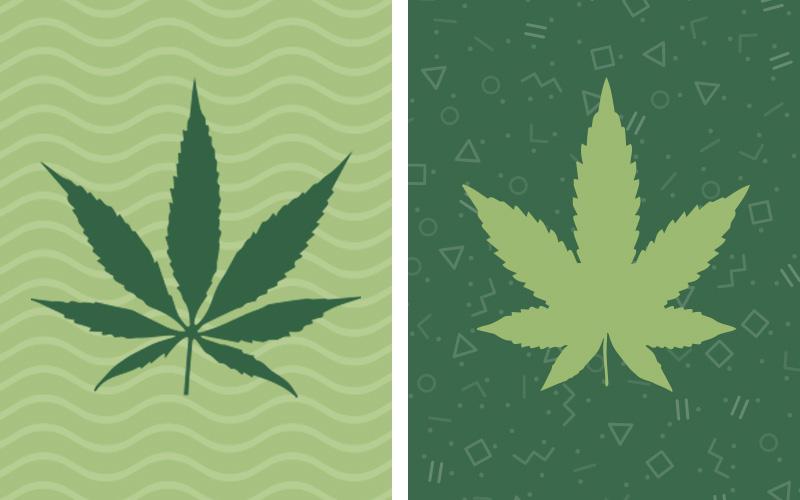 CBD and the difference between psychotropic and psychoactive

For any newcomer looking to buy CBD, there’s a lot of confusing terminology that surrounds CBD - cannabinoids, full spectrum...even CBD is short for cannabidiol! We believe understanding is key, which is we love breaking out our trusty jargon buster. Today, we’re going to tackle just what psychotropic and psychoactive mean.

If you do some rudimentary research, you’ll find that psychoactive and psychotropic are often incorrectly used interchangeably, but there’s a subtle difference in definition:

These may seem identical, but they actually point at a subtle distinction. Psychoactive chemicals have an effect yes, but they don’t change your perception, or your cognitive abilities.

Want an example of an unexpected everyday psychoactive compound? Well, would you believe that chocolate is psychoactive? The core ingredient of quality chocolate known as cacao contains chemicals that stimulate the release of serotonin in the brain. There’s a scientific reason eating a whole bar makes you feel so good after all!

CBD is psychoactive and safe, whereas THC is psychotropic and potentially damaging. If CBD didn’t have any effect on the body, there wouldn’t be much point in taking it, hence its psychoactive properties. However, THC is the chemical in cannabis that alters your mind state, getting you high and leading to other issues. Once again, that’s why all of our products, from our CBD Spray to our CBD Face Mask, contain 0% THC.

Now you know the difference between psychoactive and psychotropic, and that CBD and THC act differently, you may want to know more about CBD. CBD, or cannabidiol, is a compound found in most plants in the cannabis family. Classified as a ‘cannabinoid’, this category of compounds were first discovered in cannabis plants, hence the similarity in naming structure. The significance is that cannabinoids like CBD exist throughout nature.

A lot of the negative conceptions that surround cannabis come from another cannabinoid, the psychotropic compound THC. All Vitality CBD products guarantee 0% THC. THC is the compound that gets cannabis users high, and is responsible for inducing the negative side effects such as paranoia and other mental health issues.

When we discuss taking CBD, we often can’t discuss any of the direct effects it has on the body due to the MHRA regulations surrounding it in the UK. However, we can discuss the ways it works from a strictly scientific point of view, and comment on its safety. A large part of that comes down to the cannabinoids our body produces, known as endocannabinoids.

When we introduce CBD into our body, it integrates seamlessly with our biology because there’s already a chemical directly similar to it. Known as 2-AG, this endocannabinoid is part of the reasons taking CBD is demonstrably safe. Think of it as a natural supporter of the body’s existing make-up.

It’s important to remember this because CBD is technically psychoactive, even though it doesn’t get you high. Moreover, just because a compound is psychoactive, it doesn’t mean it’s intoxicating. In fact, it’s likely you’ve ingested something psychoactive today without even realising it.

There’s more to CBD products than meets the eye, or, in fact, the name. Whilst cannabidiol is the primary ingredient in CBD tinctures, even Pure CBD contains an additional carrier oil. Whilst you’re probably aware of the cannabinoids CBD and THC (if not, start with our CBD guide first), there’s plenty more to learn about.

What other cannabinoids are there in CBD oils?

Even if cannabidiol is by far the most common phytocannabinoid (meaning plant cannabinoid) found in CBD oils, to get a better understanding of how it functions, we need to understand its partners. That’s why we’ve pieced together a list of four of the most frequently found compounds in products like our Broad Spectrum CBD E-liquid, outside of CBD.

When separating out the different cannabinoids produced in the hemp plant, due to the nature of biological synthesis they will often have similar origin points. In the case of CBC, it’s derived from cannabigerolic acid (CBGA), which is also the source of CBD and THC.

In fact, CBC is typically the third most prevalent cannabinoid in most Cannabis strains, though it doesn’t interact with the body in the same way. Whilst is has been shown to bond with CB1 receptors poorly, it binds far more successfully with two other receptors outside of the endocannabinoid system: TRPA1 and TRPV1.These receptors are known as transient receptor potential channels, the most common function of which has been noted as monitoring and responding to temperature changes. The key point of interest here, however, is the manner in which cannabinoids can activate receptors in channels other than the endocannabinoid system, opening up whole new avenues of research.

Tetrahydrocannabivarin, better known as THCV, is a propyl homologue of Δ9-THC (we’re getting into science-fiction terminology territory here), which means that its structure is homologous with THC. When two substances are homologous, they share an ancestry, and will have similar structures, usually bar a key difference. In the case of THCV and THC, they are separated by having a different carbon side chain.

Such a seemingly small change to a layman actually creates a big shift in the effects. Whilst most cannabinoids, including THC, activate the endocannabinoid receptors found throughout the body, THCV actually serves as an “antagonist” for the CB1 receptor. This means that in small doses, THCV lowers the impact of other cannabinoids on CB1 receptors, serving as somewhat of a moderator.

Despite the similarity in naming to cannabidiol, cannabinol is a distinct compound. A bit of a misnomer on this list, CBN isn’t synthesised directly by the hemp plant, instead being created by the oxidation of THC. If THC is exposed to air, it begins to degrade and eventually forms CBN, a much less psychotropic derivative.As a result, CBN is most commonly found in old hemp plants, or baled cannabis that has been stored for too long. However, even well kept hemp will have some oxidisation occur, meaning that CBN will often be found in low quantities in CBD oil.

If you’ve managed to keep up with all the jargon so far, you might remember us mentioning cannabigerolic acid earlier—if you don’t, we can’t really blame you. As a recap, CBG acid is the parent molecule from which several of the key cannabinoids are synthesised. Cannabigerol is the non-acidic form of that molecule. Like many of the other cannabinoids found in CBD oil, it’s non-psychotropic, meaning it won’t get you high. Since it appears in such low amounts, CBG is considered a minor cannabinoid, but given its shared properties with the origin point of many of the core cannabinoids, its function is definitely an interesting matter for more research.

Now you understand what CBD is, and why it’s still safe as a psychoactive compound, what better time is there to explore our range of CBD options?

Got some more questions about CBD? Well, our CBD experts are right on hand. Either reach out on our contact page, or pop up on our live chat, anytime Monday-Friday, 9-5pm. We’re here to help you with any queries you might have.